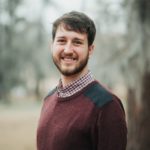 Austin Vining is a legal intern at the Reporters Committee for Freedom of the Press. He is pursuing a joint JD/Ph.D. at the University of Florida where he teaches media law and serves as a graduate research fellow at the Brechner First Amendment Project. He is Chair of the Board of Directors of Campus Communications, Inc., which publishes the Independent Florida Alligator, the nation’s largest student-run newspaper.

Previously, Austin was a journalist for daily newspapers in Mississippi. Austin holds bachelor’s degrees in journalism and psychology from Louisiana Tech University where he served as editor-in-chief of the student newspaper and met his wife Allison. Austin earned a master’s degree in journalism from the University of Mississippi. His research has included topics such as FOIA, shield laws, defamation, fake news, and nonconsensual pornography.