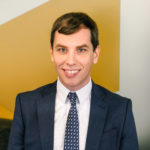 Josh was the Ethics & Excellence in Journalism Legal Fellow at the Reporters Committee from 2017-2018. He was also previously a newspaper copy editor and designer in his home state of Kentucky, where, as copy desk chief at a newspaper company's combined copy desk, he helped oversee the production of 13 daily newspapers.

Josh earned his bachelor's degree in journalism in 2011 from Western Kentucky University, where he was editor-in-chief of the student newspaper, the College Heights Herald. He earned his J.D. in 2017 from American University Washington College of Law. During law school, Josh served as associate managing editor of the American University Law Review and completed legal internships with National Public Radio, the Maryland Court of Appeals, and the Student Press Law Center.