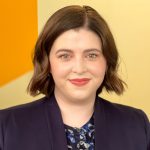 Kathryn E. Gardner is a Local Legal Initiative staff attorney based in Oklahoma. She began her legal career at Still She Rises in Tulsa, Oklahoma, the first holistic defense organization in the country dedicated exclusively to the representation of mothers in both the criminal and civil legal systems. While at Still She Rises, Kathryn used the Oklahoma Open Records Act to promote transparency in policing and hold government actors accountable.

Before attending law school, Kathryn worked in various roles across the nonprofit sector and launched a nonprofit organization, Aspiring Americans, to help connect Oklahoma's undocumented student population with opportunities for success. She continues to be an active member in her community. While Kathryn is currently based in Tulsa, Oklahoma, she provides local news organizations across the state of Oklahoma with the direct legal services they need to pursue enterprise and investigative stories.

Admitted to practice in federal and state court in Oklahoma as well as the Osage Nation and Muscogee Nation.