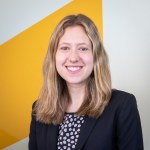 Sasha Dudding is the 2021/23 E.W. Scripps Legal Fellow at the Reporters Committee for Freedom of the Press. She assists the organization in its litigation and amicus work, focused on issues including bolstering access to public records and proceedings.

Before joining the Reporters Committee, Sasha clerked on the U.S. District Court for the Eastern District of New York. Sasha is a 2020 graduate of Yale Law School, where she was a member of the Media Freedom and Information Access Clinic, representing journalists and others in state and federal access litigation and related matters. She also served as the Forum, Features and Book Reviews Executive Editor of the Yale Law Journal, where her Note, Spinning Secrets: The Dangers of Selective Declassification, was published.

Admitted to practice in Connecticut, New York and Washington, D.C.