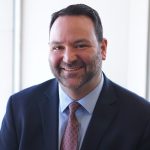 Gabe Rottman is the director of the Reporters Committee’s Technology and Press Freedom Project, which integrates legal, policy and public education efforts to protect newsgathering and First Amendment freedoms as they intersect with emerging technological challenges and opportunities.

Rottman comes to RCFP from PEN America, where he opened the organization’s Washington, D.C., office and served as its first Washington director. He also was the deputy director for the Center for Democracy and Technology’s Freedom, Security and Technology Project. At CDT, he led efforts on cybersecurity policy, and worked extensively on electronic surveillance and the rights of security researchers.

From 2012 to 2015, Rottman served as the lead federal legislative and regulatory counsel at the American Civil Liberties Union on open government, press freedom and the First Amendment. While at the ACLU, Rottman directed federal advocacy on the Espionage Act and its implications for journalist source protection.

Rottman is a frequent commentator on technology and civil liberties issues. He has been published in, among other outlets, the New York Times, Washington Post, Politico, CNN and Roll Call, and has testified before Congress. Rottman is a 2017 cyber fellow in the Fellowship in Advanced Cyber Studies at the Center for Strategic and International Studies.

Admitted to practice in New York and Washington D.C.