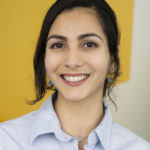 Gunita Singh is the 2020/2021 Jack Nelson/Dow Jones Foundation Legal Fellow for the Reporters Committee where she works on litigation, policy, and amicus work, primarily around state and federal freedom of information laws while also helping reporters and news organizations with records requests.

Gunita was previously the staff attorney at the government transparency organization Property of the People where she used the Freedom of Information Act to acquire thousands of records on matters of public concern in an effort to foster transparency and accountability. She grew up in Palo Alto, California.

Admitted to practice in California and Washington, D.C.