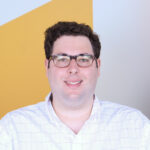 Ian Kalish is a Legal Fellow at the Reporters Committee for Freedom of the Press and a lecturer at the University of Virginia School of Law, where he teaches in the First Amendment Clinic. His practice includes matters of defamation, government employee speech, right to protest, and access to public records, and he frequently litigates in state and federal court.

Prior to joining the Reporters Committee, Kalish was a Lecturing Fellow at Duke Law’s First Amendment Clinic. While at Duke, he mentored a team of students that drafted a successful motion for summary judgment in federal court. His students also argued motions in court and drafted several amicus briefs on important issues of free expression. Kalish began his career as a litigation associate at Cahill Gordon & Reindel. In addition to First Amendment matters, he litigated complex antitrust cases and employment arbitrations. Kalish also provided frequent pro-bono family law assistance through Sanctuary for Families.

Kalish earned his J.D. from New York University School of Law in 2017, where he was a staff editor for the NYU Journal of Legislation and Public Policy. He earned a B.A. from Washington University in St. Louis in 2012 and an M.L.S. from Pratt Institute in 2014.

Admitted to practice in New York.