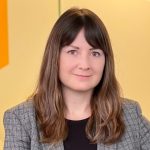 In 2018 alone, Reporters Committee attorneys secured the dismissal of defamation claims against a journalist under the D.C. Anti-SLAPP Act, obtained a first-of-its-kind ruling from an Oklahoma state court making clear that delayed access to public records violates Oklahoma’s Open Records Act, and defeated an agency’s attempt to charge a reporter more than $174,000 to obtain records he had requested under the federal Freedom of Information Act. In 2020, Townsend led the Reporters Committee’s successful launch of its Local Legal Initiative (LLI) to provide legal support for local investigative and enterprise reporting in Colorado, Oklahoma, Oregon, Pennsylvania, and Tennessee.

Townsend joined the Reporters Committee as its first Litigation Director in 2014. Prior to joining the Reporters Committee, she was a litigation associate in the Los Angeles office of Gibson Dunn & Crutcher LLP, where she specialized in media and entertainment litigation. Prior to joining Gibson Dunn, Townsend spent a summer in the Washington, D.C. office of Levine, Sullivan, Koch & Schulz LLP.

In May 2014, Townsend was named a “Rising Star” — one of the nation’s top media and entertainment attorneys under the age of 40 — by Law 360. She was recognized in 2015 as a Washington, D.C. "Rising Star" by The National Law Journal and, that same year, was named part of the “Next Gen - Hollywood's Up-and-Coming Execs 35 and Under” by the Hollywood Reporter.

Admitted to practice in California, New York, and D.C.