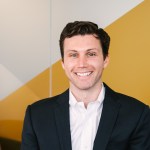 Lin Weeks is a staff attorney with the Reporters Committee for Freedom of the Press and the co-director of the University of Virginia School of Law First Amendment Clinic.

An experienced trial and appellate lawyer, Lin’s litigation work for the Reporters Committee has included federal FOIA and state public records lawsuits, court access cases, and civil rights claims. He has authored or co-authored dozens of amicus briefs and letters, including briefs advocating for access to sealed documents in Giuffre v. Maxwell, for insight into the killing of Jamal Khashoggi in CPJ v. CIA, and against an attempt to enjoin the publication of a memoir in Trump v. Trump. Additionally, Lin has provided pre-publication review and other legal assistance to freelance investigative journalists, independent news organizations, and documentary filmmakers on topics ranging from agrochemical drift to political interference with modernizing the energy grid to surviving sexual assault. Lin also supervised RCFP’s advocacy and policy recommendations regarding remote access to the courts during the onset of the COVID-19 pandemic.

Prior to joining the Reporters Committee, Lin was in private practice focusing on intellectual property litigation (specifically, pharmaceutical and electronics patent litigation along with copyright, trademark, and trade secret cases) and media law, including privacy, right of publicity, and defamation. Lin holds a J.D. from New York University School of Law, where he was a member of the editorial board for the Journal of Intellectual Property and Entertainment Law. His note, Intellectual Property and Media Law Implications of Automated Journalism, was published in the Thomson Reuters Entertainment, Publishing, and the Arts Handbook for 2015. He earned a bachelor’s degree in economics from the University of Wisconsin-Madison, where he worked for the Isthmus, an alt-weekly newspaper, and The Badger Herald, a daily student paper.