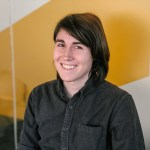 Luke Henkhaus is a communications intern at the Reporters Committee for Freedom of the Press. Born and raised in Texas, Henkhaus graduated from Texas A&M University with a B.S. in economics and a minor in journalism.

While attending Texas A&M, Henkhaus worked for the school’s multi-platform student-run news outlet, The Battation, serving as a news editor, managing editor and editor-in-chief. During his time there, Henkhaus covered student government, co-led a series on the school’s Corps of Cadets as part of the Poynter College Media Project and coordinated extensive coverage of George H.W. Bush’s state funeral, which culminated on the Texas A&M campus. For its work during the 2018-2019 school year, The Battalion received a Newspaper Pacemaker Award for the first time since 2008.

Henkhaus has also worked as a reporting intern for The Bryan-College Station Eagle, a daily newspaper covering the university and surrounding communities.