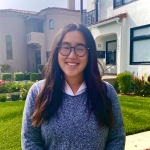 Mia Speier is a communications intern for the Reporters Committee for Freedom of the Press. She is a fourth-year student at the University of Southern California studying International Relations, Law and Public Policy. She is also pursuing her M.A. in Public Diplomacy, with a focus on news media and foreign policy.

Mia is the former news editor of the Daily Trojan and is the editor-in-chief of Glimpse from the Globe, a digital foreign affairs site. She has previously interned for the Council on Foreign Relations, Office of the Director of National Intelligence, U.S. Agency for Global Media, U.S. Commission on Security and Cooperation in Europe and the U.S. Department of State, and has worked on information integrity and press freedom matters throughout her experiences.

In the future, Mia hopes to attend law school so that she can gain a legal understanding of American media law. Ultimately, she wants to help shape U.S. foreign policy to promote media openness and press freedom throughout the world.