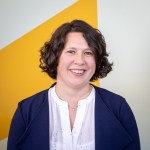 Paula Knudsen Burke is a Local Legal Initiative staff attorney based in Pennsylvania. She joined the Reporters Committee in 2020 from LNP Media Group, Inc. in Lancaster.

A licensed Pennsylvania attorney for two decades, Paula has worked in both the legal and media fields. In 2017, she helped launch The Caucus, a watchdog publication covering state government and politics. She also led the investigations and enterprise team as an editor at LNP Media Group, Inc., the publisher of The Caucus.

Before joining The Caucus, Paula was the director of government affairs at the Pennsylvania NewsMedia Association, where she worked on legislative issues impacting print and digital news outlets in the state, including advocating for improvements to the state’s Right to Know Law and Sunshine Act. Paula has also worked in private practice and nonprofit law, starting her career as an Equal Justice Works Fellow.

Admitted to practice in Pennsylvania.