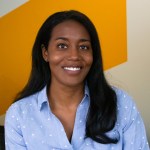 Rachael Johnson is a Local Legal Initiative staff attorney based in Colorado. She joins the Reporters Committee from Hollingsworth LLP in Washington, D.C. where she practiced complex commercial litigation.

Rachael has a decade of experience working in both the legal and media fields. She has represented pro bono media clients for the Berkman Klein Center for Internet & Society’s Online Media Legal Network and worked in transactions and business affairs at CBS/Paramount.

In 2018, Rachael directed the federal communications team’s review of documents sought through Freedom of Information Act requests at the Natural Resources Defense Council. Before that, she served as a senior writer and creative communications advisor to the U.S. Department of the Interior Secretary Sally Jewell.

Rachael has worked as a reporter, editor and producer. She covered Capitol Hill for Roll Call in Washington, D.C., was an editor at Indian Country Today Media Network, and a video journalist for NY1 news in New York City. Before and during law school, Rachael was a producer at the Starz channel in Englewood, Colo.

Admitted to practice in Colorado and Washington, D.C.