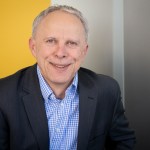 Rick Blum is the Policy Director of the Reporters Committee for Freedom of the Press, where he oversees policy work on a wide range of topics affecting newsgathering and transparency.

For over a decade, Rick coordinated News Media for Open Government, a coalition of major news media associations promoting open government policies and practices. He led the coalition (until 2017 known as the Sunshine in Government Initiative) in its work supporting enactment of the 2007 amendments to the Freedom of Information Act (FOIA) and the FOIA Improvement Act of 2016. His work defending against unnecessary, overbroad or self-serving secrecy leads him to any number of topics, such as tracking space junk, the farm bill, and high-speed rail. In addition, he has helped explain to Congress how the news media keep the public informed based on unauthorized disclosures of classified information (“leaks”), addressing concerns about WikiLeaks and successfully pushing back against anti-leaks proposals in the Intelligence Authorization Act for 2013.

Blum has testified numerous times before Congress on FOIA implementation and exemptions, science and disclosure, and federal legislation to shield journalists from revealing confidential sources. He has appeared in C-SPAN’s Washington Journal and has promoted open government through radio show appearances and interviews in newspapers and broadcasts.

Blum was the founding director of OpenTheGovernment.org, a broad coalition of journalists, labor, and free-speech and environmental advocates. There he launched the Secrecy Report Card, an annual report of quantitative indicators of secrecy and openness in the federal government. Later he served for several years on OTG’s steering committee. He also served on the Sunlight Foundation’s Advisory Committee on Transparency.

As a policy analyst at OMB Watch from 1997-2001, he worked with environmental groups, librarians, freedom-of-information advocates and others to maintain public access to chemical accident risk management plans. He served for several years on the steering committee of the Working Group on Community Right-to-Know.