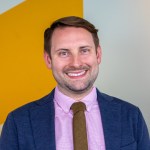 Shawn Musgrave is the Jack Nelson/Dow Jones Foundation Legal Fellow at the Reporters Committee for Freedom of the Press, where he focuses on the federal Freedom of Information Act and state public records laws. Before joining the Reporters Committee, Shawn was the First Amendment Fellow at the Center for Investigative Reporting. Shawn is a 2021 graduate of Stanford Law School, where he was a member of the Juelsgaard Intellectual Property and Innovation Clinic and served as a Special Issue Editor of the Stanford Civil Rights & Civil Liberties Journal.

Prior to law school, Shawn was an investigative reporter with work published in POLITICO, the Boston Globe, The Verge, and elsewhere. He graduated from Boston University in 2012.

Admitted to practice in California and Washington, D.C.