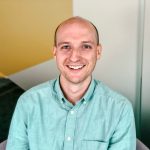 As the Ethics & Excellence in Journalism Legal Fellow, William Powell focuses on First Amendment issues, especially libel, invasion of privacy, and protection of confidential sources and materials. Bill is a graduate of Yale Law School, where he was a member of the Capital Punishment Clinic, a Notes Editor on the Yale Law Journal, and a Coker Fellow for Professor Sam Moyn. During law school, Bill spent summers at the U.S. Attorney's Office for the District of Connecticut and at the public interest law firm Gupta Wessler PLLC. Before law school, Bill worked for several years as a journalist. Following internships at The New York Times, Esquire, and the Atlanta Journal-Constitution, he served as Associate Editor of Cincinnati Magazine and Senior Editor of St. Louis Magazine. Bill covered the death penalty in Missouri, the Ferguson protests, the Occupy Movement, and plenty of less serious stuff like high school show choir and competitive eating. He holds a Bachelor of Journalism degree from the University of Missouri, the world's first and best school of journalism.