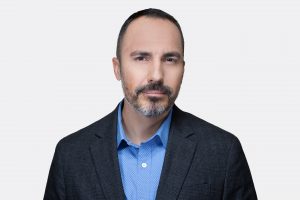 Jeremy brings more than 20 years of journalism experience to the team.

In 2020, Jeremy was honored with the Don Bolles Medal, a national award from Investigative Reporters & Editors for his bravery and coverage of extremist and white supremacy groups in Colorado.

His prior investigations have prompted state legislation in Colorado after he exposed at-risk adults abandoned and stranded in hospitals across the state.

Jeremy’s reporting on human trafficking and illicit massage parlors in the Denver metro area also led to the criminal indictment of multiple suspects in Colorado in 2020.

Over his career, Jeremy has garnered 18 regional Emmys, a regional Edward R. Murrow award and the distinction of Colorado’s “Best Reporter” by the Colorado Broadcasters Association.

Prior to coming to Colorado in 2011, Jeremy worked as a reporter for KOB-TV in New Mexico where his family has lived for generations.

Jeremy is married to a teacher and recently became a father to a little girl.

In his spare time, Jeremy likes to hike, barbeque and spend time with his dog Rudy and family.