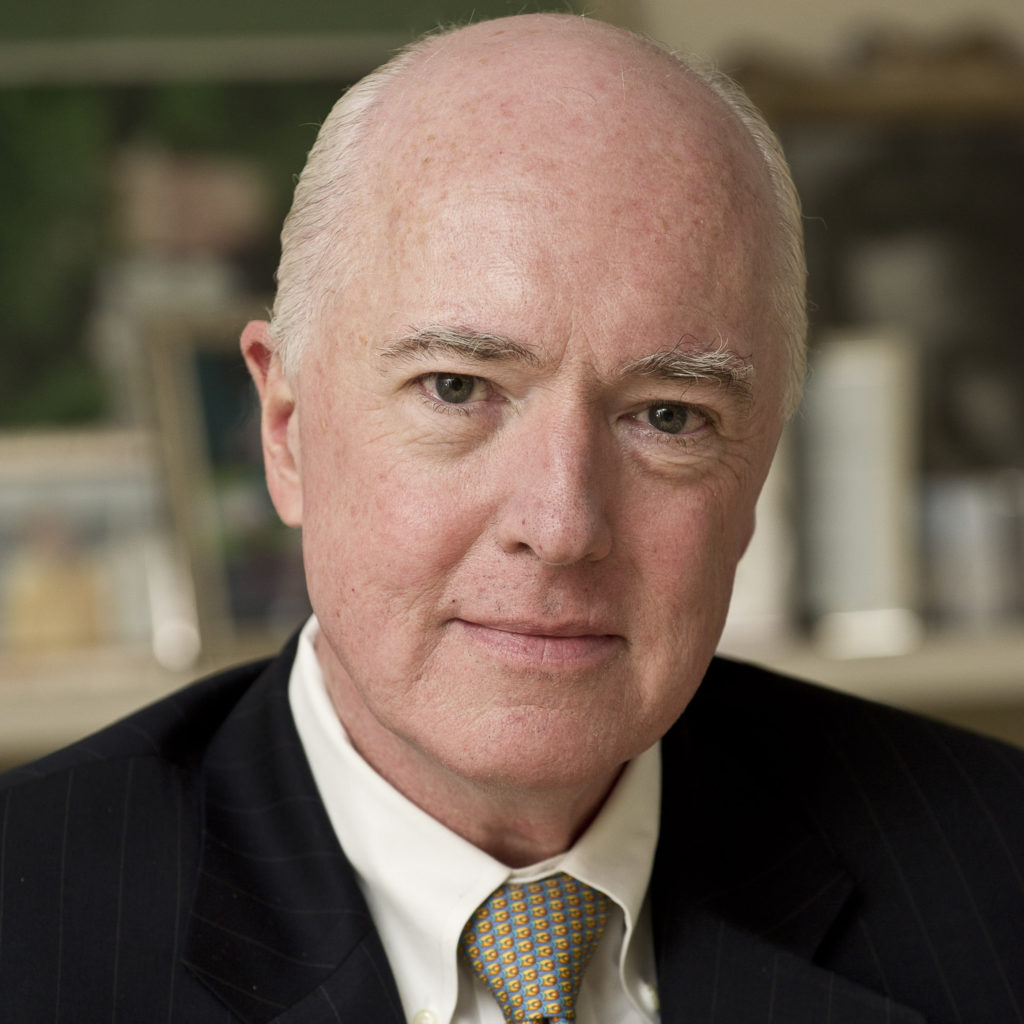 David G. Bradley is known for the quiet lengths he’ll go to help journalists in times of danger or crisis.

When Clare Gillis, a freelance journalist who had written for The Atlantic, was kidnapped in Libya in 2011 along with two other reporters, Bradley, the chairman of Atlantic Media, assembled a team of Atlantic staff and others who worked to help bring them home after 44 days of captivity.

Freelance journalist James Foley was among those taken hostage with Gillis, and although Foley had not reported for The Atlantic, Bradley asked his team to also take on securing his safe return.

“He didn’t have to care about Jim — Jim wasn’t his freelancer — but he did,” said Diane Foley, James’s mother and founder and president of The James W. Foley Legacy Foundation. “It was really due to David Bradley that our son Jim came home from Libya.”

Just a few years later, Bradley would again lead a team of volunteers to try to find five Americans who had been kidnapped abroad — this time in Syria. The hostages included freelance journalists Theo Padnos, Steven Sotloff, and again James Foley, as well as Peter Kassig and Kayla Mueller, who were doing humanitarian aid work in the region.

Sotloff, Foley, Kassig and Mueller were tragically murdered by the terrorists who were holding them hostage. Padnos was the only one of the five to return home.

“More than anyone else, he is responsible for saving Theo’s life,” said Nancy Curtis, Theo’s mother.

“I was grateful. I was astonished,” said Padnos. “David is there for the long term. He’s not going to give up on you.”

Bradley and his team’s tireless work to try to secure the hostages’ release also had another important impact: for the first time, it brought their families together.

“In his quiet, committed way, he has helped the hostage families of 2014 through our pain, through our grief,” said Diane Foley. “He knows the importance of bringing people together.”

“It always feels like he’s the calmest person in the world, and he has all the time in the world for you, and yet he’s one of the busiest men on the planet,” said Margaret Low, president of AtlanticLIVE, senior vice president of The Atlantic and a member of the Reporters Committee’s board. “I’ve always admired his ability to just [make you] feel like you are the most important thing that is happening to him right now.”

“What is great about David is that he protects the First Amendment in journalism whether he agrees with the speech or not — and sometimes it is toughest to defend journalistic freedom when you don’t even like the speech that’s being made or the journalism that’s being created,” said David Cohen, senior executive vice president and chief diversity officer at Comcast-NBCUniversal. “But for David it doesn’t make any difference. The important thing is to defend the integrity of the press and the First Amendment, because that is what our democracy depends on.”

At 26 years old, Bradley, a Washington, D.C., native, founded The Advisory Board Company, and later would found The Corporate Executive Board Company, before purchasing The Atlantic in 1999. With his entrepreneurial vision, he revitalized the storied magazine for the 21st century.

“We’re talking about a magazine that had Abraham Lincoln as a subscriber,” said Jeffrey Goldberg, editor in chief of The Atlantic. “David understood how important it was to American culture, to American politics, and he spent the last 20 years making sure it survived. Now it’s not only surviving, but thriving.”

“We are so much more than a magazine — whether it’s a website, or a video platform, or a podcast platform, or a live events platform, or a consulting division,” said Bob Cohn, president of The Atlantic. “All those things have come to pass under David’s leadership.”

David is a graduate of Swarthmore College, and holds a J.D. from Georgetown Law School and an MBA from Harvard Business School. He was a Fulbright Scholar in the Philippines, where he studied multinational corporations and taught economics.