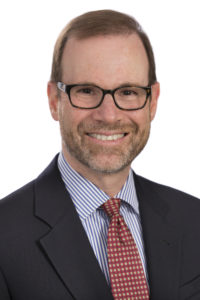 Stephen J. Adler, former editor-in-chief of Reuters, is chairman of the Steering Committee of the Reporters Committee for Freedom of the Press.

A global advocate for free speech, journalist safety, and media literacy, Adler also chairs the Journalist Assistance Committee for the Committee to Protect Journalists and is a board member and past chair at the Columbia Journalism Review. He teaches reporting ethics to journalism graduate students.

During his ten years as the top editor at Reuters, the global news organization won eight Pulitzer Prizes for reporting and photography. Previously, he was editor-in-chief of BusinessWeek and, for 16 years, a reporter and editor at The Wall Street Journal. There, in addition to managing legal and investigative-reporting teams and overseeing Wall Street Journal Books and The Wall Street Journal Online, he co-taught the ethics and standards course required of all news employees. Earlier, he was editor of The American Lawyer. Adler began his career as a reporter covering local and state government at The Tampa Times and The Tallahassee Democrat.

A graduate of Harvard College and the Harvard Law School, Adler is author of the book The Jury: Trial and Error in the American Courtroom, which won the Silver Gavel Award from the American Bar Association. With his wife, the novelist Lisa Grunwald, he was co-editor of three popular historical anthologies: Letters of the Century, Women’s Letters, and The Marriage Book. He is a frequent speaker at journalism conferences, universities, and public forums.