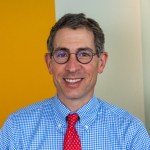 Bruce D. Brown, a former journalist and partner in the Washington office of Baker & Hostetler, became executive director of the Reporters Committee for Freedom of the Press in September 2012.

He is a former lecturer at the University of Virginia Law School, where he co-directed its First Amendment Clinic, and a former adjunct faculty member in Georgetown University’s master’s program in professional studies in journalism.

Brown has been published in The New York Times, The Wall Street Journal, The Washington Post, The Guardian, The Economist, USA Today, and The National Law Journal, among other publications.

Prior to joining Baker & Hostetler, Brown worked as a federal court reporter for Legal Times and as a newsroom assistant to David Broder at The Washington Post.

Brown and his wife, Amy B. Rifkind, an attorney at Arnold & Porter, live in Washington with their two children.

Admitted to practice in Washington, D.C., and Massachusetts.