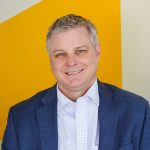 Paul McAdoo is a Local Legal Initiative staff attorney based in Tennessee. He joins the Reporters Committee from Adams and Reese LLP in Nashville, where he worked on a variety of complex litigation issues, including with media clients.

Before joining Adams and Reese, Paul worked at another Nashville firm, Aaron & Sanders PLLC, an intellectual property boutique. His work in Tennessee included amicus briefs on behalf of media coalitions in the Tennessee Supreme Court and Tennessee Court of Appeals.

Nationally, Paul is involved in both the American Bar Association Forum on Communications Law and the Media Law Resource Center, the former of which he had previously co-chaired the Training and Development committee.

In Tennessee, he is active in the Tennessee Bar Association, including serving as its Communication Law Section’s chair and as the chair of the Fourth Estate Award committee. With the support of the TBA and the Tennessee Association of Broadcasters, he founded the Tennessee Reporters Workshop, which provides an opportunity for Tennessee journalists to learn more about media law issues over the course of a two-day event.

Paul is also a frequent author, including RCFP’s Sixth Circuit Open Courts Compendium and his article in the May 2018 Tennessee Bar Journal “The Right to Know: Sixth Circuit Sends Clear Message on Tough Standards for Sealing Judicial Records.”

Admitted to practice in Tennessee, Florida, and Michigan.