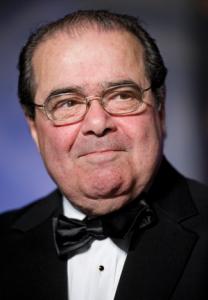 Public officials do not engage in protected First Amendment speech when they vote on public matters, the U.S. Supreme Court declared in June. The Court’s decision, which rejected a local politician’s assertion that a state recusal law violated his free speech rights, was heralded by the Reporters Committee for Freedom of the Press and other news media organizations as averting a potential threat to open government.

The case of Nevada Commission on Ethics v. Carrigan began in the city council of Sparks, Nev. When a client of Councilman Michael Carrigan’s long-time friend and campaign manager asked the council to approve its hotel and casino application, Carrigan refused to recuse himself from the vote. On the advice of the city attorney, Carrigan said he believed Nevada law required him to publicly disclose the relationship, which he did, but did not prevent him from voting on the issue. Carrigan voted to approve the application.

Carrigan’s decision did not sit well with some observers, leading to the lodging of complaints with Nevada’s ethics commission. After an investigation, the commission censured Carrigan. It concluded he violated a Nevada law that requires public officials to recuse themselves from voting on matters in which they have a conflict of interest.

Carrigan challenged the ruling in the Nevada courts. He found a receptive audience in the state’s highest court, which ruled 5-1 that the Nevada recusal statute infringed on Carrigan’s free speech rights and was unconstitutionally overbroad. The majority opinion agreed with Carrigan’s argument that the act of voting in the council is speech protected by the First Amendment and that the state ethics law impermissibly violated that right.

The U.S. Supreme Court agreed to review that decision this past winter. The Reporters Committee and the Student Press Law Center filed a friend-of-the-court brief on behalf of 14 other news organizations in support of the ethics commission’s position.

The brief argued that the Nevada court’s interpretation of the First Amendment created a dangerous precedent for open government and ethics laws. After all, if government conflict-of-interest laws were found to violate the free speech rights of legislators, what was to stop claims that open meetings laws violate the speech rights of public officials as well?

That was the concern of Frank LoMonte, executive director of the Student Press Law Center. “If a public official’s vote is an act of First Amendment ‘speech,’ then clearly the discussion leading up to the vote must be speech as well,” LoMonte said after the high Court’s ruling. “If states can’t ‘burden’ a city councilman’s voting rights by making him obey conflict-of-interest laws, then there is a real risk that states can’t enforce sunshine laws, either.”

With these concerns in mind, the press organizations’ brief urged the Supreme Court not to equate acts of governance by elected officials with pure political speech.

All nine justices on the U.S. Supreme Court agreed to reverse the Nevada court’s ruling. Justice Antonin Scalia, writing on behalf of eight of the nine justices, ruled that a legislator’s act of casting a legislative vote is not protected personal speech for First Amendment purposes. Scalia said a legislator’s vote is “a core legislative function” that is not the equivalent of personal speech protected by the First Amendment.

“[A] legislator’s vote is the commitment of his apportioned share of the legislature’s power to the passage or defeat of a particular proposal,” Scalia said. “The legislative power thus committed is not personal to the legislator but belongs to the people; the legislator has no personal right to it.”

Casting a vote for legislation is not itself speech, Scalia’s opinion said. But even if a governmental vote were to be considered an expressive act, it still would not be subject to First Amendment protection because “a legislator has no right to use official powers for expressive purposes,” Scalia emphasized.

The Court’s opinion also distinguished between the private act of a citizen petition and a legislator’s act of casting a vote. Just last year, the Supreme Court characterized a citizen’s signing of a recall petition as “core political speech.” The difference here is that the signing of a petition was itself an expressive act, Scalia said. Such an act may happen to have a secondary legal effect, but that potential consequence did not make it the equivalent of a legislative vote, which is, by its nature, an act of governance.

Echoing its practice in some other recent First Amendment cases, the Court’s opinion also emphasized history in addressing the First Amendment issue. Scalia relied on the historical acceptance of conflict of interest and recusal laws as evidence that such restrictions on legislators do not implicate the First Amendment.

“The Nevada Supreme Court and Carrigan have not cited a single decision invalidating a generally applicable conflict-of-interest recusal rule — and such rules have been commonplace for over 200 years,” Scalia said for the Court. 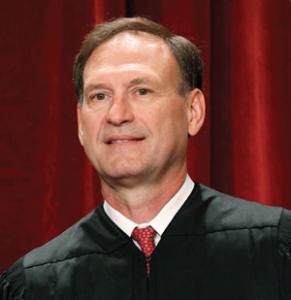 Writing separately, Justice Samuel Alito agreed that legislative recusal rules passed First Amendment review because of their historical context. Such restrictions “were not regarded during the founding era as impermissible restrictions of freedom of speech,” so they did not run afoul of the First Amendment, Alito said. But he disagreed with the Court’s premise that restrictions on legislative voting did not even implicate the speech rights of legislators. “[T]he act of voting is not drained of its expressive content when the vote has a legal effect,” Alito said.

Justice Anthony Kennedy joined the Court’s opinion in full, but also said recusal statutes could be problematic in other cases. “[T]he possibility that Carrigan was censured because he was thought to be beholden to a person who helped him win an election raises constitutional concerns of the first magnitude,” Kennedy said.

Kennedy agreed with the Court’s majority that the legislative act of voting was not itself protected speech, but suggested that voting restrictions may impermissibly burden protected activities that surround the vote. “The constitutionality of a law prohibiting a legislative or executive official from voting on matters advanced by or associated with a political supporter is therefore a most serious matter from the standpoint of the logical and inevitable burden on speech and association that preceded the vote,” Kennedy said. In Kennedy’s view, such issues were left for another day.

The Student Press Law Center’s LoMonte is encouraged by the Court’s ruling. “We deal so often with school boards and committees that tie themselves in knots finding ways to escape meeting in public, and an adverse decision in Carrigan would have given them constitutional cover for what they want to do already.”

LoMonte said he believes the Carrigan opinion will help efforts to keep government open meetings laws on the books. “I think this ruling conclusively puts to rest any avenue of constitutional challenge to open-meetings laws or open-records laws,” LoMonte said. “If an elected official’s vote isn’t an act of First Amendment expression, then it can be regulated by any reasonable means, and clearly the typical sunshine law is going to pass the test of reasonableness every time.”

John Elwood, the attorney who argued the Carrigan case for the ethics commission, agreed there are similarities between the Carrigan case and potential open meetings challenges, but also said there are some differences. Legislators challenging open meetings laws “appear to have a better argument that their actions are expressive than Councilman Carrigan did, because, as the Supreme Court noted, voting is not an act of communication,” Elwood commented in an email message.

Quoting from the Carrigan opinion, Elwood continued: “But the Carrigan opinion may be relevant to the issue of whether elected legislators’ conduct of official business implicates personal First Amendment rights, or whether legislators are only exercising an authority that ‘is not personal to the legislator but belongs to the people’ such that ‘the legislator has no personal right to it.’” Elwood also said the long history of recusal statutes may not parallel the history of open meetings laws.

A case before the U.S. Court of Appeals in New Orleans (5th Cir.) could provide further guidance on this issue soon. A group of Texas city councilors has challenged Texas’ open meetings law on free speech grounds, arguing that the law’s criminal restrictions on discussing public business in private violates their rights to free speech. The District Court in Texas rejected the legislators’ constitutional arguments, and the legislators have appealed. Briefing in the appeal is ongoing.