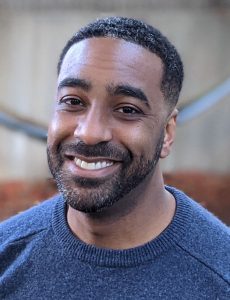 Matt Thompson is the editor of Headway, a new journalism initiative to investigate global and national challenges, at The New York Times.

Matt joined The Times from Reveal from the Center for Investigative Reporting, where he was editor in chief. During his time at the organization, Reveal built on its legacy of high-impact, award-winning investigative reporting, launching deep investigations into worker injuries at Amazon facilities, hundreds of children detained in the long-term custody of U.S. immigration, labor abuses in the elder care industry, an acclaimed audio serial on unpaid labor in rehab facilities and many other projects.

Prior to that, Matt had been the executive editor of The Atlantic, overseeing new editorial initiatives and planning, developing the magazine’s recruitment and talent development operations, and guiding strategy for podcasting and digital membership.

Before his role at The Atlantic, Matt led the creation of several teams of broadcast and digital journalists at NPR, including Code Switch and NPR Ed. During his time with NPR, he worked with public radio stations across the country on editorial strategy and co-authored the organization’s ethics handbook. Prior to NPR, Matt worked as an editor and reporter for news organizations around the United States, including The Minneapolis Star Tribune, The Fresno Bee and Poynter Institute. Matt recently joined the board of directors of The Texas Tribune, after eight years serving on the board of the Center for Public Integrity. He is also a founder of Spark Camp.