The Reporters Committee for Freedom of the Press is excited to announce that Vickie Walton-James, senior national editor for NPR, and Emilio Garcia-Ruiz, managing editor at The Washington Post, joined our Steering Committee in May.

“We are thrilled to welcome Vickie and Emilio to the board,” Steering Committee Chair David Boardman said. “We look forward to the experiences, enthusiasm and perspectives they will bring to the already strong group of individuals who support the Reporters Committee’s work to protect press freedom.” 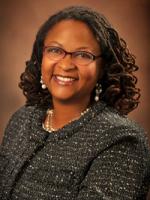 Walton-James is the senior national editor for NPR News. Before joining NPR in 2008, she was a top manager for Tribune Publishing in Washington. Walton-James was promoted to that position after serving as the Chicago Tribune’s Washington bureau chief. She began her journalism career in newspapers, reporting for the Kansas City Star in the 1980s. She later moved to the Chicago Tribune and was an editor for its national and foreign desks. Walton-James holds a bachelor’s degree in journalism from the University of Kansas.

“In the U.S. and around the world, we face a barrage of threats to press freedoms,” Walton-James said. “The Reporters Committee plays an important role in protecting the vital ability of journalists everywhere to do our jobs. I’m thrilled to join the Steering Committee at this critical time.” 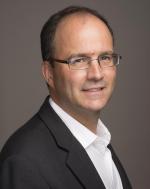 Garcia-Ruiz is managing editor at The Washington Post, where he oversees development, implementation and execution of the newsroom’s digital strategy. Before becoming a managing editor, Garcia-Ruiz served as the editor for strategic projects, local editor and sports editor. His career as a sports reporter and editor has taken him from Prince George’s Journal to the Orange County Register, the Los Angeles Times and the St. Paul Pioneer Press.

“It’s an honor to serve on the steering committee of such a prestigious and important group,” Garcia-Ruiz said. “We at The Post cherish the guidance and support we get from our legal team, and I believe strongly in the need to have as many journalists as possible get the help they need in this area.”