Fearless. Not intimidated by anyone. 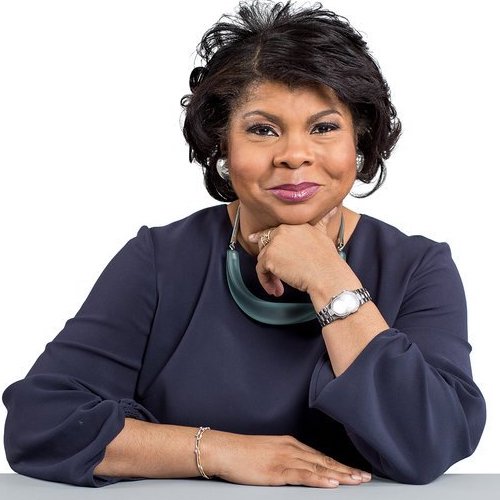 Over the past two decades, Ryan has been a leader in political news reporting. As one of the only black female journalists covering urban issues from the White House, she reaches an audience of millions with her reporting that sheds light on social issues like racism, equitable opportunities, intersectionality and more. Across four presidential administrations, she’s covered key news moments in the U.S. and abroad, among them Hurricane Katrina and its aftermath, U.S. support for democratic elections in Haiti, multiple presidential missions in Africa, and President Barack Obama’s inauguration and visits to Mexico and Trinidad.

Ryan’s faced a unique set of threats while reporting in the White House under the current administration. The rhetoric used by the president led to people questioning her credibility, calling her names, and treating her differently as a black female journalist. She’s even received death threats. Still, Ryan refuses to back down.

“I’m confident that all of us, including the African American women covering this White House, will continue to do our jobs no matter how we’re treated by President Trump,” she wrote for The Washington Post.

Those who have worked with Ryan say she’s a strong advocate for the public.

“She is someone who stands there on behalf of all of us to ask the questions that need to be asked and to hold accountable the people who need to give we the people the information that we deserve,” former White House Press Secretary Mike McCurry said. “Without people like April, we lose something in our democracy.”

“She brings a lot of issues that affect people who live in cities and minority populations to the table,” Talev said. “She’s also able to pinpoint areas of concern, whether they involve economics, demographics, social change, health care or education — areas of concern that may not otherwise be getting asked [about] in the [White House press] briefings.”

Ryan’s colleagues say she’s focused on asking the questions the public seeks answers to — and that she won’t take no for an answer.

“She’s dedicated decades of her life to understanding the questions that are important to her audience and demanding answers of people in power so that she can empower her audience,” Talev said.

“When April is asking questions, often times she can cut right through the B.S. of any press secretary or president, and I think that’s why she gets real answers from those people,” said Jim Acosta, CNN’s chief White House correspondent.

The Baltimore native attended Morgan State University and graduated with a degree in broadcast journalism in 1989. From there, she worked in a variety of newsrooms and radio stations in Baltimore, including WXYV-FM, where she was the news director. Ryan also started The Fabric of America, a news blog dedicated to and offering the unique, urban and minority perspective in news.

Ryan’s contributions to journalism have also included serving on the board of the White House Correspondents Association — one of the only African Americans to have done so. She’s also a member of the National Press Club, a mentor to young journalists and was previously recognized by the NAACP for her debut book that explored race in America, “The Presidency in Black and White.”

McCurry said Ryan’s work has played an important role in amplifying the voices of marginalized communities.

“That voice needs to be heard in the White House, and those questions need to be asked,” McCurry said. “She plays a fundamental role in protecting those who otherwise might not have a voice here in Washington.”

Talev also said honoring Ryan with a Freedom of the Press Award is not just a recognition of one reporter’s work and advocacy for press freedom, but has a wider impact for journalism.