“She is really, truly interested in hearing the perspectives and ideas on any given subject from every voice you can find, and she won’t rest until she’s heard them all.”

That’s how Florentine Films Producer Sarah Botstein summed up what it’s like to work with Emmy and Peabody Award-winning documentary filmmaker Lynn Novick. 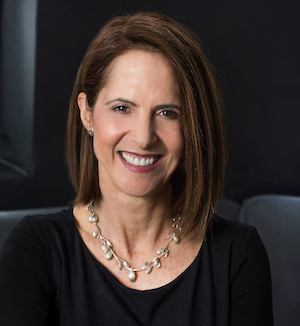 Lynn, who is widely known for her collaborations with filmmaker Ken Burns, immerses her audiences in stories about American history and culture ranging from Prohibition to the Vietnam War in a deep, powerful way. Her newest project, tentatively titled “College Behind Bars,” is slated for release in 2019. The project is a four-part documentary series about the men and women who participate in the Bard Prison Initiative, a rigorous program for incarcerated people in New York to earn a college education.

“We’re thrilled to recognize Lynn’s accomplishments and her commitment to using her platform to showcase and elevate the voices of the people who lived through these important moments in our history,” said Bruce Brown, executive director of the Reporters Committee for Freedom of the Press. “Her passion and genuine curiosity come through in her films, and her pursuit of the untold perspectives on American stories has broadened our understanding of key issues that impact all of us.”

Lynn began her film career as a production assistant at WNET, a public television station in Manhattan. She then worked on Bill Moyers’ projects “Joseph Campbell and the Power of Myth” and “A World of Ideas” before moving to Florentine Films in 1989 to work as an associate producer for post-production on Burns’s 1990 series, “The Civil War.”

Each year, the Freedom of the Press Awards recognize the accomplishments of leaders in the news media and legal fields whose work embodies the values of the First Amendment. This year, in addition to Lynn, the Reporters Committee will honor The New York Times Executive Editor Dean Baquet, former Senior Host of “All Things Considered” Robert Siegel, and BuzzFeed Vice President of Legal and Associate General Counsel Nabiha Syed.